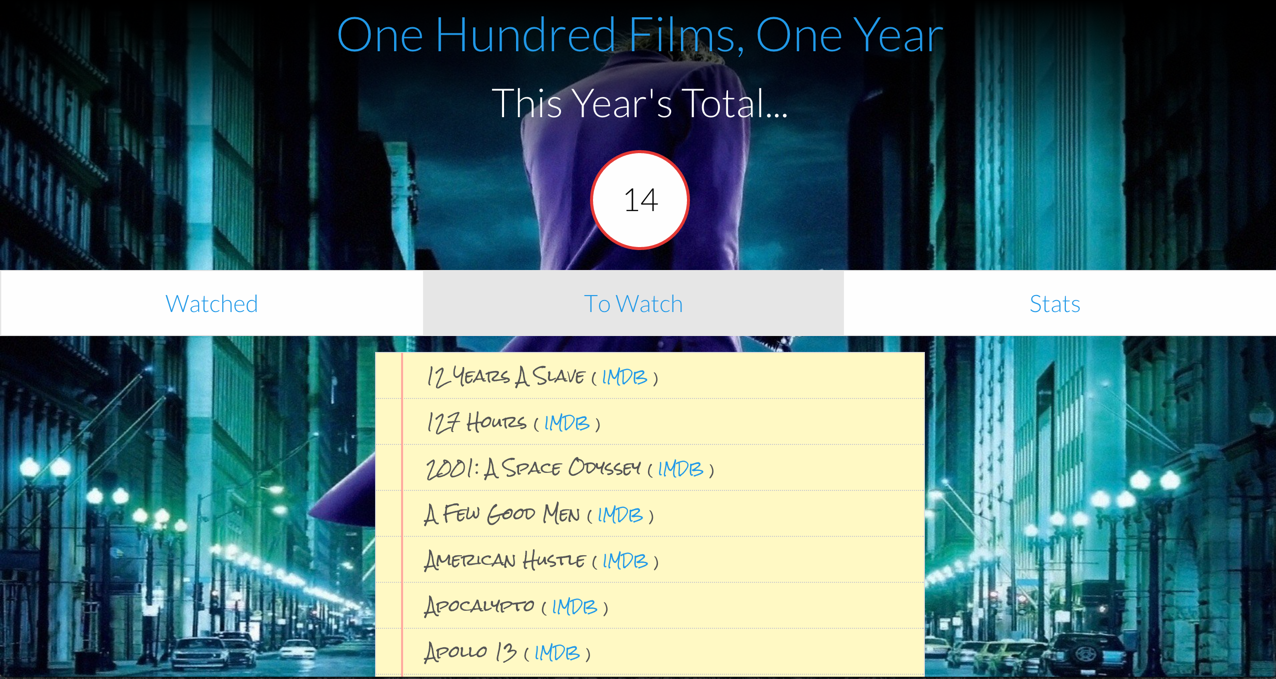 At the start of the year Helen and I decided to set ourselves a little challenge. We need to watch 100 films to expand the films we have seen and push the limits as to what we would usually watch. The basic rules were simple:

* I don't expect Helen to sit and watch people's hearts be ripped out in Apocalypto.. 10/10 would watch again! I have thankfully manged swerved some too because of this loophole! 😅

During Christmas we asked everyone for recommendations and started jotting them down on Helen's phone. We quickly compiled quite the watch list!

Check out our progress and ratings at http://100films.dannyweeks.com!

When telling people about our little challenge we have received mixed reactions, some say that's easy, it's only 2 films a week and on the flip side is the same sentence but a more pessimistic spin.

Personally, I look forward to the challenge as it will push us to watch them films that we have always said we would watch some day.

At the time of writing this we are 14 films into the challenge which is 6 films over target of what we should be. I'm pretty happy with the progress and some of the films we have watch have been great.. others not so much.

I anticipate it will be harder to hit the month target of 8.2 a month around April with all the TV shows starting their new seasons around then so it is good we have made some headway now!

That's it for now, I will try to do a little update every few months but until then...