An extended weekend with a room full of gamers. Stereotype would predict that room is full of a room full of fat, greasy haired, spotty faced male teenage virgins. This is so far from the truth its laughable.

I have always been intrigued by these type of events. It's hard to actually think about what you ACTUALLY do for a whole weekend! Surely you don't play all weekend! So what the fuck do you do? I want to shed some light on what it's really like to attend a LAN gaming festival.

I have been to three Insomnia events (i53, i55, i56) so far and feel that I have had enough exposure to the different aspects to do it justice.

In 2014 I convinced myself to give it a try after being invited to go by a friend to see if it is for me. Insomnia 53 (shortened to i53) had TAKEN OVER the Ricoh Arena. The whole venue was full of gamers. While walking through the main corridor it hit me. These are my people. We all share the same passion. Usually you are judged when you say you are a gamer. Not here. It was normal.

It reminds me of something I noticed a little while back, any two people who follow football can have a bond instantly with each other, they can have a meaningful conversation that lasts more than 5 minutes. Just like football, gaming can break boundaries and people can just be themselves. 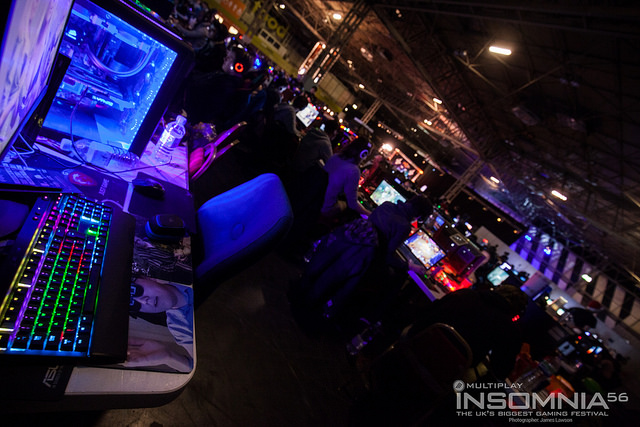 Bring Your Own Computer. Yes, you take your own computer these events. Aside from the fact that it would be impractical for the event organisers to provide thousands of computers for gamers many people enjoy it for other reasons.

Personally I like comfort. Having my own PC, set up the way I like it is the only option to me. You have the proud (some would say show offs) gamers who have put days and day of work creating a custom PC. I enjoy walking down the rows and rows of pc browsing the unique pcs that people have on display.

A concern someone may have regarding taking their own PC and peripherals to LAN is that it could be stolen. Being very modest there is over a £1,000,000 (700 per gamer * 1700 gamers) worth of equipment knocking about. I have been three times and am yet to hear of anything being stolen from the gaming hall. The thing that must be realised is to gain entrance to the PCs you have to have one in there yourself. Everyone is in the same boat. That along with good security. It just doesn't happen.

Im not going to shy away from the fact that a serious amount of gaming is done during the course of this weekend.

Gamers come in all different kinds of shapes, sizes, personalities. They aren't droids that follow the same programming. Therefore everyone in there enjoys gaming in different ways. To share my experience of the more recent Insomnia I participated in the Counter-Strike tournament a long with 4 of the lads that were there with me. We entered knowing without a doubt we wouldn't win.

We had no actual competitive practice, only the online matches we play. We entered for the fun of competing together. It's great looking down the row and seeing the guys you are competing with, cheering when you win a round etc.

In between CS (Counter-strike) games or when I was waiting on someone I started playing a new game I had picked up in a recent Steam sale. A single player puzzle game. Just chilling out and every now and then talking to someone about it who was curious at what I was playing.

One pet hate of mine is that because I don't go to town every weekend and get pissed in a club were the music is so loud that I would have to scream down someones ear for them to hear me therefore means I don't socialise. I need to get out more. Meet people. Oh I beg to differ!

Playing games online forces you to meet new people, finding that community who you have a shared interest by default because you are playing the same game is the start of great, real friendships.

What happens at LAN is you finally get to meet these folks you have known for years in person!

The summer meeting pulls the majority of our group to LAN. A group 10 strong, ok what else do we do? Surely we don't just play games!?

Yes, nerds enjoy the nectar of gods too.

It isn't unheard of for board games to be played.. real board games, no casual monopoly here. Playing a game called Resistance until 6am was highly enjoyable. Even if it proved that some of the group has serious lying issues!

One of my favourite aspects of Insomnia is the geeky pub quiz filled with questions stretching the full geek range. 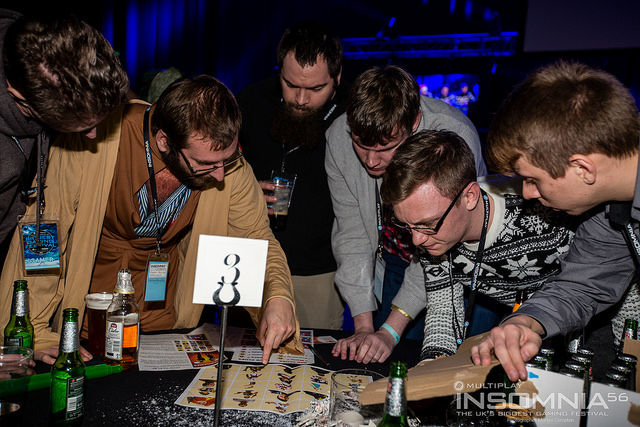 To break the day up we would go for a little explore around the exhibition hall with the latest and greatest games, hardware and geek related merch.

Plenty of games are played at the professional level and it is truly a pleasure to watch such skill in the presents of a hyped up crowd. 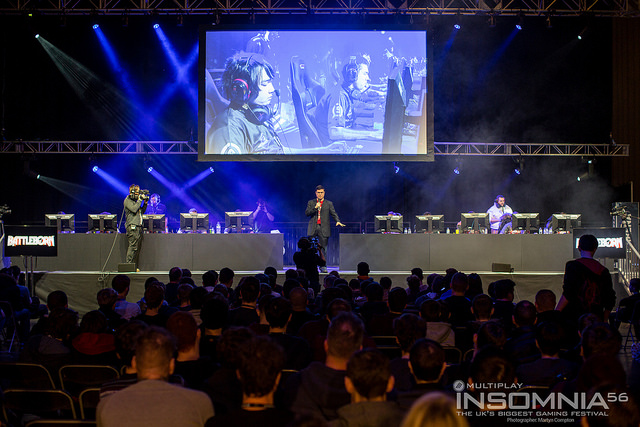 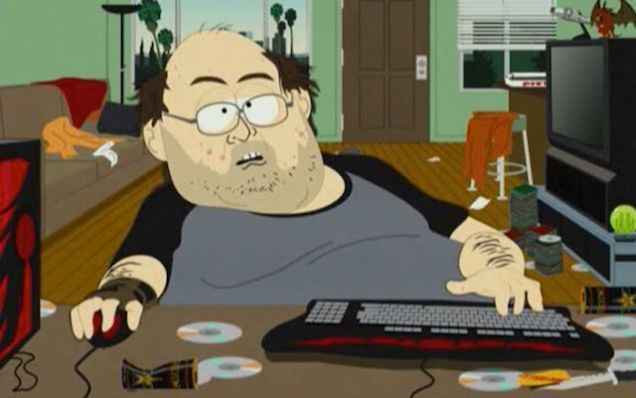 Now to address the stereotype, you do get people who get close to the stereotype and I'd have to admit it males do outnumber females by at least 100-1. I'd say it's a given that there will be more males. More males play games. How is this any different than an event where the female interest would be much higher?

There is no such thing as normal and you get a great range of different people at these events.

These events are what you make it. It is far more than just sitting in a room playing computer games all weekend. I would implore any group of gamers to give it a try.