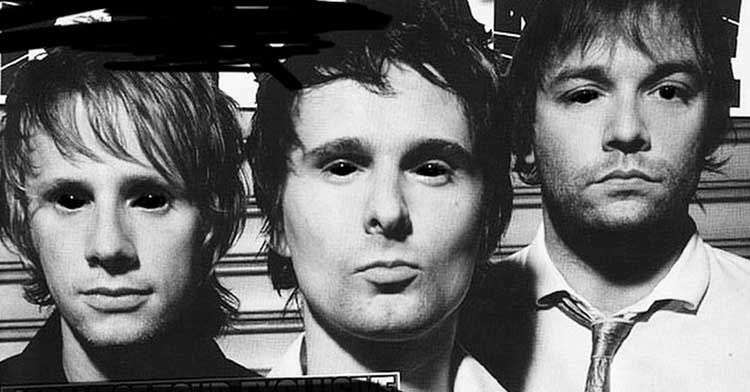 When I heard Muse would be releasing the first single I really tried to not over hype it – I do this with every thing even holidays. I just let them roll up on me and I have a nice surprise. Unfortunately I let my love for Muse get the best of me and I got super hyped for the new single Psycho. When I heard it I was quite deflated but I have put a positive spin on it.

I absolutely love Muse, having followed them around the country and even watched them in a Irish park [in the pouring rain]! What I love about them is their albums/songs have a theme behind them. They tell a story with the style of the music and the lyrics. Because of this there isn’t a Muse song I have to skip.

Hyped for the new song Psycho I was refreshing twitter constantly waiting for it to be released in some way…unbeknownst to me that it was a fake release date and I’d have to wait a couple more days! When I finally heard Psycho on Thursday last week I was a little deflated. I had let myself hype the song and it just wasn’t what I expected. I felt cheated in some way. The lyrics where empty and the chorus irritated me. I’m know to swear every now and then and it doesn’t offend me but IO feel like the swearing in Psycho cheapens the song. Muse don’t need to swear to have powerful lyrics. I will never claim to know any musical technicalities but I know when I like a song. Muse have been a major influence in what music I like. I listened to Muse religiously for years not giving anything a chance so when all of a sudden I don’t like one of their songs it threw me off. All of a sudden had this horrible feeling that the new album Drones could be a flop; but how could this be, they said they were going back to their roots.

This isn’t the first time when I have initially heard a song by Muse I haven’t liked it. It happened to me in the last album, I didn’t like Animals but in the context of the album and understanding the story behind the song I grew to love it. I think the difference is Psycho was my first impression of what the album could be like.

There are two factors that give me hope for the new album:

Now this song checks every box for me and the sound quality of the video (recorded live during the gig). You can really hear that they are indeed going back to their roots with this one!

I will always be a Muse fan. One song won’t take the shine off the previous 6 studio albums and multiple b-sides I love so much and having heard Reapers I’m quietly confident the next album will great!